The Code borrows large elements from the Queensland criminal code of 1899. The code is unique in that it is one of the few parts of the legal system of New Ingerland that has been fully codified and is presented in a unique format unlike that of other pieces of legislation. New Ingerland primarily relies on common law, but the choice to adopt a codified system of penal all was taken by the first Parliament to ensure all the uniform system of punishment for crimes could be implemented across the nation. 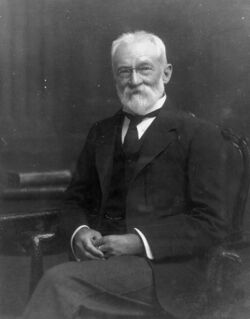 The code is based upon penal law which originated in the 19th century, in particular the Queensland Criminal Code. This code was written by Sir Samuel Griffith, the first Chief Justice of the High Court of Australia and a prominent jurist of the Edwardian period. Griffith in turn based his code on the Italian Penal Code of 1889 and the New York Penal Code of 1881. About three-quarters of New Ingerland's code is a direct copy of the Griffith code of 1899, with many of the differences being made because of the jurisdictional differences between Queensland and New Ingerland.

The criminal code is one of the most important components all the legal system of New Ingerland. Within the act is contained the various definitions of offences that can be committed against individuals, the state, and the public at large. Also listed within are the various punishments for crimes committed by a party found to be guilty of an offence. The code also defines the application of criminal law, the use of the Royal Prerogative of Mercy to grant pardons and the definitions of criminal responsibility, such as sanity, intoxication, immaturity, or mistake of fact.

One of the interesting additions has been the crime known as "treason of the peace". It was originally thought by many critics of the code that New Ingerland would not be able to wage war against another power without violating this section of the code. However court opinions have ruled that a legally acceptable situation would be that New Ingerland could wage war as long as the reasons are doing so had a sound standing in international law, i.e. Jus ad bellum. The Judicial Committee of the Executive Council opined that Parliament must issue a casus belli against a foreign power or potentate within ninety days of declaring war.

Since the 1980's, the Code has specified both the minimum and maximum sentence for each offence. For example, the offence of piracy is listed in the Act as follows:

84. A person who does an act of piracy commits a crime.

For serious offences, the code generally lists sentences in increments of seven years, up to a maximum of 42 years. The only sentences above that are the term of one's natural life and death by hanging. When a sentence is given, the existing time served whilst awaiting trial is not included, and a sentence is deemed to have commenced from the moment of sentencing. There are presently only four offences; murder, aggravated rape, high treason, and piracy; which carry a maximum penalty of death.

The structure of the Code has the following order of subdivisions:

Amendments to the Code have occurred frequently since it was first enacted in 1912. Some of the most notable amendments include:

In 1975, the newly elected government of Jacob Meyer proposed to hold a vote on the reintroduction of capital punishment. The vote was held in August 1976 and was passed easily.

Despite there being no legal obligation to do so, the government followed the wishes of the people and passed the Criminal Code (Capital Offences) Act in November 1976, which came into effect for offences committed on or after 1 January 1977. The act made it a potentially capital offence to commit murder, rape, piracy, and treason.

Retrieved from "https://guelphia.mywikis.wiki/w/index.php?title=New_Ingerland_Criminal_Code&oldid=8473"
Category:
Cookies help us deliver our services. By using our services, you agree to our use of cookies.